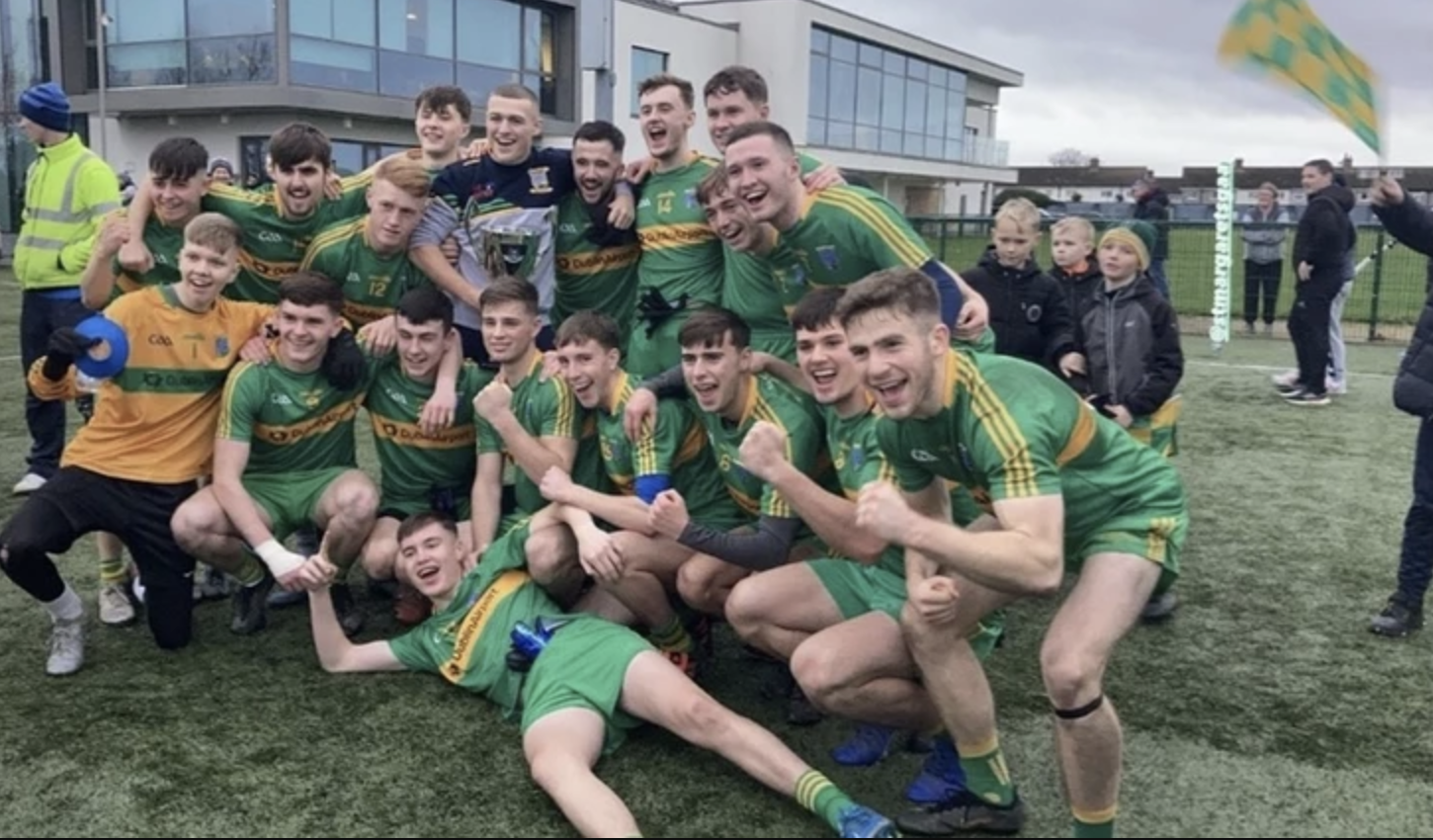 Published: about 1 year ago

Chanel the home of Parnells hosted an epic encounter on Saturday afternoon between two evenly matched sides. It took extra time to finally separate the two after a game which had seen both sides level at half time, the second half water break and then again at full time.

The away side got off to the perfect start when corner forward Leon Daly pounced on a short ball palming it into the net. This did not deter the Parnells team in the slightest as they immediately bounced back with three unanswered points thanks to star man Cillian Hunt as well as a 45 from centre back Alex Hutton.

The theme of the day soon followed as the Margarets men ran at the heart of the Parnell's defence with Midfielder Damien Murphy burying their second goal of the game. But once again the Coolock side were able to respond through a lovely score from Hunt and they also got their first goal of the game from the very impressive Harry Gardiner.

Just before the first half water break Maggies had their third goal of the game this time coming from underage Dubs star Rory Dwyer who was picked out by a beauty of a pass from Charlie Madigan leaving the scores at 1-5 - 3-0 at the water break.

Margarets finally got their first point of the game in the 21st minute thanks to a score from their Captain James McGuinness. Although this was not to stop them hunting for more goals as they got their 4th straight after through Daniel Lynch who finished delightfully after making a run off his left wing.

It looked like the game was fading away from the home side approaching half time until their full forward Hunt took the game by the scruff taking on 5 Margarets defenders before slotting the ball into the bottom corner. He then turned provider straight after squaring to Sean Quinn who tapped home another goal to leave us all square at the break (3-5 - 4-2).

Unfortunately for the neutral the second half was nothing like the end to end action packed first half as both sides only managed three points each. Cillian Hunt again the man for Parnells kicking two points with Gardiner also chipping in with a great score. While Leon Daly was the main man for Maggies as he picked up two more scores in the second half as well as flying wing back Eoin Hanlon tagging on a point.

Both sides had big chances to win the game in normal time with the biggest chance of all falling to Margarets corner forward Jason Shanahan who palmed his effort off the post with the goal sitting empty. Shanahan must've thought it really wasn't his day as straight after he had a goal chalked off for a square ball.

Extra time soon became Leon Daly time as he kicked (1-3) in the first 10 minutes his goal came after great work from Charlie Madigan again as he pulled on a loose ball and found Daly in the box who found the net.

Parnells found themselves 5 points down at this point and looked down and out but refused to give up. They tagged on 2 points each side half time in extra time thanks to monster scores from Hunt and Hutton pulling it back to just a one point game.

This was to be it for home side as they were finally put away when Daly picked up a misplaced pass and squared to sub Jack who finished into an empty net which was immediately followed up straight after when they got their SEVENTH goal of the game coming from wing forward Madigan who deserved his goal on the day after an excellent performance.

Ugly scenes just before the final whistle put a stain on what was a cracking clash between the two. This led to the dismissal of two Parnells players. But it wasn't enough to dampen the Green and Yellow men's spirits as they celebrated a historic day for the north county club.

There were no winners of this evenings lotto but congratu...

St Margarets GAC in partnership with AIG will run the Dub...

St Margarets GAC will host a Quiz Night to fundraise for ...

Get live information for Club on the ClubZap App